A reflection on attitudes towards climate change 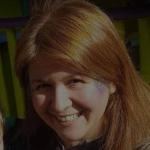 Climate change has acquired two extreme definitions in today’s society. On one hand, it has become the equivalent of a natural force that leads us to meeting our doom; and on the other hand ‘it's a hoax created by scientists to receive larger funds for their research’. Climate change has turned into some kind of a trendy new religion that you either believe in or not. I personally get fed up with hearing about climate change in the news, especially when it comes on after the latest Brexit talks and tries to examine whether or not global warming is a great big hoax.

I am also yet to see a documentary (excluding the blue planet series) that is based on sound scientific facts rather than special effects created in Hollywood film studios. Being in the spotlight arguably, is a positive move for raising awareness. Admittedly, everyone seems to be talking about it from celebrities and politicians to businessmen. But they all contest one thing only, whether it is a cataclysm or bluff of our generation. No one seems to be quoting bare facts. None of them argue about scientific findings.

Subsequently, not much is being done to evaluate the real situation and perhaps act upon it. Climate change has become more of a notion rather than verifiable truth. It’s now up there with the ideas that the universe is infinite and that other solar systems exist. I strongly believe that leaving climate change to philosophical debate is the thing that is fundamentally wrong with it all. We, as a society, need to start accepting the scientific facts and grab tangible evidence with both hands. Speaking of the scientific facts, there is plenty of publicly available data about climate change out there.

Most importantly there is a scientific consensus that global warming is underway. The combined data from various reliable sources arrives on the same conclusion that the average temperature of the earth’s surface has been rising in recent years. These sources are thousands of weather observation stations around the world. So it is hard to contest their data. Furthermore, atmospheric carbon dioxide measurements is being recorded at the Mauna Loa Observatory in Hawaii since 1959. The data from that station suggests that CO2 has risen by 28% since the records began. Also the Ice core samples taken from the Arctic surface indicate high levels of CO2 caused by anthropogenic activities in the last and current centuries, yet it is hard for us to accept just bare facts like these. Perhaps this is due to the fact that our technological advancements and lifestyle have made us distant from natural environment.

Perhaps we forgot about the circle of life, the way everything is connected on this planet. I am not proposing here to abandon all the advancements of our civilisation and go back to basics. I am merely suggesting that it is time to turn to Environmental science for some answers when it comes to looking after our home - planet Earth!